To wrap up this women’s month, The 032nice Blog is bringing you two young, successful and inspiring beautiful ladies, who are upcoming business women/entrepreneurs and also singers. We're talking about Zinhle Madela and Zethembiso Mdletshe.
Firstly, let’s start with Zinhle's journey in the art industry. 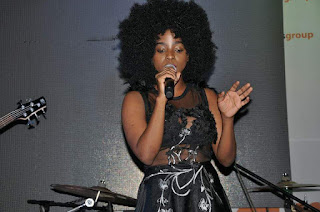 Zinhle is a 23 year old young lady - originally from Mandeni. She studied Bachelor of Social Science at UKZN, she is an art entrepreneur and a singer.
Unlike any other passionate creative artist, Zinhle also runs a creative art company called Heart Prints. This is an online mobile business that sells African printed cushions, Head wraps, bags and also dairies. They normally meet up or deliver to their clients in and around Durban. They also do pop-up shops and rent stalls at different events, such Durban International Film Festival, Annual Time Of The Writer and Poetry Africa.
Miss Madela has unstoppable passion for music, and what makes her different is that she can turn any kind of genre music into Afro Soul and Jazz sounds. Zinhle has performed in various types of events at venues such as The Bat Centre and UKZN’s Howard College. This is where she hosted a big event for women called Izimpande Zembokodo.
She played a big role when she was part of the winning team in Clash Of The Choirs 2014. This has resulted in her becoming part of the Lindelani Mkhize Presents Ignition Production.
Zinhle has spent a lot of time encouraging young women on the importance of believing in themselves and never giving up on their dream. She also teaches them the importance of not forgetting their roots, where they come from and who they are.
Twitter: @ZinhleMadela Facebook: Zinhle Madela Instagram: Zinhle Madela 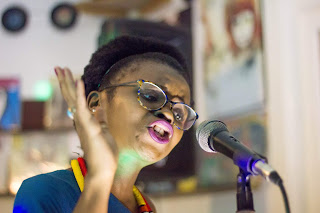 Let us now turn our heads to none other than Zethembiso Mdletshe, fondly known as Zethe. A 23 year old pint-sized vocalist that has remarkable distinct sounds when it comes to Jazz and Afro Soul music.
Zethe was born in the hilly countryside of Empangeni. That is where she got her full inspiration and passion for music. Her father had old records and tapes that he used to listen to. These included big names, such as Oliver Mtukudzi, Cher and Brenda Fassie.
Before she left her home town she hosted two shows and got an overwhelming response from the audience. This prompted her to move to the city after she realised that her voice was encouraging her to do so. She studied Music (majoring in Jazz) at UKZN and acquired a degree. She is still furthering her studies and is currently on the eve of becoming a music teacher so that she can inspire more people who have love for music.
Zethe has performed in numerous venues around the province, especially in Durban. She has performed at The Bat Centre, The Centre for Jazz at the UKZN, The Chairman, The Rainbow Jazz and many more. She also appeared in several SABC productions, including the SAFTA awards.
Zethe believes that her music is different because its of a deeply personal nature. It speaks of courage, being a woman, self-worth and striving to be great in life.
Zethe claims to be inspired by everything around her and that the key to success and good music is practice and discipline.
By God’s grace, in ten years from now, she sees herself touring somewhere big, opening the stage for multi-award winning artists like Jill Scott and Black Coffee or perhaps even sharing the stage with these legends.
Twitter: @Zethe_M Facebook: Zethembiso Mdletshe Instagram: Zethe_m
.......
For regular updates sent to your email, please click our subscribe button.

To wrap up this women’s month, The 032nice Blog is bringing you two young, successful and inspiring beautiful ladies, who are upcoming busi...

We're in the SKYPE

It's actually the entire country that's facing a water crisis, not just the Cape. Please use water sparingly

Stay on the lookout for monthly posts